It was also the year that many events were staged to commemorate the beginning of the First World War.

The Review from The Westmorland Gazette...
The Accrington Pals, The Bryce, Burneside.


Peter Whelan’s play tells how the men of Accrington bravely rallied to Lord Kitchener’s appeal to fight
for King and country but in the fields of France lost their lives.

This was a solid ensemble performance, stripped back, that relied entirely on acting ability.

It was a united effort, absorbing for the audience, with a cleverly crafted and inventive set put together by director Gordon Lawson and his hard-working team.

Each actor skilfully played off the other.

Sue Cook was a very capable and spirited Annie, young talent Chris Calder as her son Reggie gave his all and Sarah Kidd was totally at ease and able in the role of Eva.

Bubbly Dana Smith and Jen Armitsead looked amazingly comfortable in their respective roles of Sarah and Bertha and as soldiers caught up in the turmoil, on both home and foreign fronts, Adam Carruthers (Ralph), Dan Taylor (Tom), John Dodds (Arthur) and Martin Cash, as their battalion sergeant major Rivers, gave sterling
performances.

The centre of the stage though belonged to Helen Little.

With probably the largest chunk of lines to learn she gave a consumate portrayal of ‘tartar’ May.

BATS emboldened players shone brightly in a play based on some of the darkest days in history. 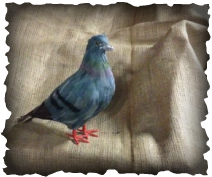 19th May 2014....England's Glory lands at the Bryce....
30th April 2014 - Our Westmorland Gazette photoshoot for the Accrington Pals. Thanks to Adrian Mullen at the Gazette for setting up and for Allan Bovill for taking so much time to get his photos.

Hopefully we'll be able to post some of Allan's more professional efforts shortly!

Thanks also to the costume team of Liz Archer and Fran Milnes for getting some clothes together for the shoot and the BATS production team for the sets! 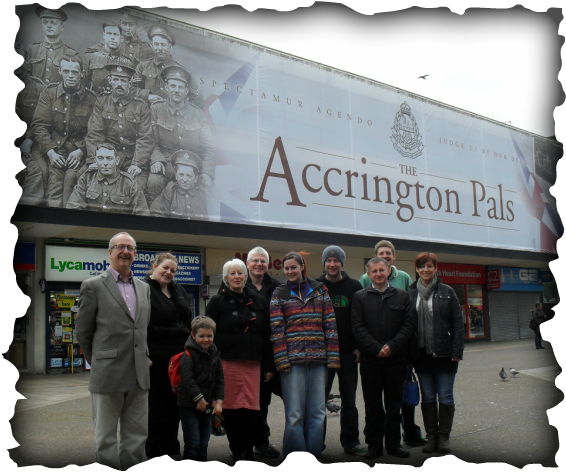 Accrington is a town in the ﻿Hyndburn borough of Lancashire﻿, England. It lies about 4 miles (6 km) east of Blackburn, 6 miles (10 km)
west of Burnley, 20 miles (32 km) north of Manchester City Centre and is situated on the mostly culverted River Hyndburn Commonly
abbreviated by locals to "Accy", the town has a population of 35,203 according to the 2001 official census and the urban area has a population of over 70,000.

Accrington is a former centre of the cotton and textile machinery industries. The town is famed for manufacturing the hardest and
densest building bricks in the world, "The Accrington NORI (iron) which were used in the construction of the Empire State Building
and for the foundations of Blackpool Tower. Famous for Accrington Stanley F.C.  and the Haworth Art Gallery  which holds Europe's largest collection of Tiffany Glass.

One well-known association the town has is with the
'Accrington Pals’, the nickname given to the smallest home town battalion of volunteers formed to fight in the first world war. The Pals battalions were a peculiarity of the 1914-18 war: Lord Kitchener, the Secretary of State for War, believed that it would help recruitment if friends and work-mates from the same
town were able to join up and fight together. Strictly speaking, the 'Accrington Pals' battalion is properly known as the '11th East Lancashire Regiment': the nickname is a little misleading, since of the four 250-strong companies that made up the original battalion only one was actually composed of men from Accrington. The rest volunteered from other east Lancashire towns such as Burnley, Blackburn and Chorley.

The Pals' first day of action, Saturday 1 July 1916, took place in Serre in the north of France. It was part of the 'Big Push' (later known as the Battle of the Somme) that was intended to force the German Army into a retreat from the Western Front, a line they had held since late 1914. The German defences in Serre were supposed to have been obliterated by sustained, heavy, British shelling during the preceding week; however, as the battalion advanced it met with fierce resistance. 235 men were killed and a further 350 wounded — more than half of the battalion — within half an hour. Similarly desperate losses were suffered elsewhere on the front, in a disastrous day for the British Army (approximately 19,000 British soldiers were killed in a single day).

Later in the year, the East Lancashire Regiment was rebuilt with new volunteers — in all, 865 Accrington men were killed during World War I. All of these names are recorded on a war memorial, an imposing white stone cenotaph, which stands in Oak Hill Park in the south of the town.

The cenotaph also lists the names of 173 local fatalities from World War II. The trenches from which the Accrington Pals advanced on 1st July 1916 are still
visible in John Copse west of the village of Serre, and there is a memorial there made of Accrington brick. 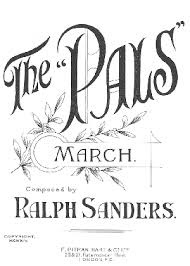 Lovely email from Ian McGuiness of the East Lancashire Concert Band offering BATS the opportunity to use "The Pals March".

This piece of music was composed in 1914 by Ralph Sanders and first performed by the then named Accrington Old Band. In September 1914, this band led one of the first parades of the newly recruited Pals Battalion.

Ian wants to raise the profile of the band and to commemorate the Pals Battalions and the WW1 Centenary.

You can visit their website www.eastlancsconcertband where the story of this piece of music is explained, as well as their history and connection with the Accrington Pals.

The piece can be heard on Youtube at http://www.pals.org.uk/march.htm . This is Ian's "piano rendition" ... the only way it could be heard in 1914.

Their "military band" version is performed on http://www.youtube.com/watch?v=C2KeNk_kiLU 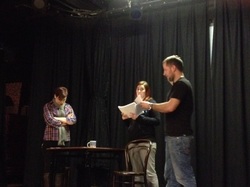 17th March 2014...rehearsals now well under way!
A POWERFUL AND POIGNANT DRAMA BASED ON A REAL-LIFE STORY

On the eve of the First World War, the young men of Accrington hear Kitchener’s call for a New Army and become the smallest town in England to raise a Pals Volunteer Brigade.

When they arrive in France, the brutal reality of the trenches is beyond anything they were prepared for.

And back home amongst the women they leave behind – their mothers, wives, daughters, lovers – nothing can ever be the same again.

Peter Whelan’s epic and deeply humane play, dramatises the lives of ordinary people caught up in historical events. Funny, intimate and moving THE ACCRINGTON PALS charts the fortunes of a close-knit community on the brink of change.


2014 marks the centenary of the start of World War 1, and Burneside Amateur Theatrical Society is proud to present this powerful play to mark this event...